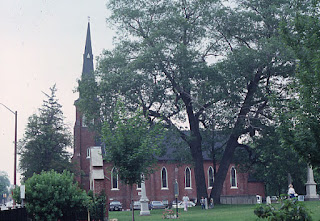 It was held in the 19th century church in the upscale neighborhood. A medium sized church with a black grand piano up the small stage, was the center piece of the festival.   When we first signed up for this competition, I imagined a more festive atmosphere, not the somber and stiff columns at the sides of the church.   The ominous mood silenced the gay chatter of young children and teens testing their piano skills in the competition.
A charming lady adjudicator smoothly presided over  each one hour session for 10 candidates.   This is my 13 year old daughter 3rd piano recital, and she calmly sits in the front pew, the 9th    candidate in the Grade 3 skill level.    She has grown over the last months, and  she towers amongst the candidates, specially boys still in their pre-teen stage.   She has practiced, like all the children, the same piece for the last month or two, under the eye of her piano teacher.
The first boy was called to play, and he was impressive and confident from the initial strains of the piece.   My daughter would later tell me, she knew her chance of winning the first spot was not so good compared to the first boy.  He has set the bar very high.
The second boy was called to play, and unlike the other candidates, he held on to his music book.   He adjusted his thick rimmed glasses, and within the next seconds, we knew he was struggling with the piece.   But he never glanced at the audience composed only of parents and or guardians.   He labored with each key, as one would every tortured breath, going back a few notes if he missed it, slowly and painstakingly until he finished the piece.   No one said anything and I noticed the adjudicator not taking notes as she would normally as she gives a detailed critique at the end of the session.   She was listening, as was everyone, to every note like it was an angel playing to the golden crowns of the saints and wooden cross in the altar.
What took the 2nd boy so long to play, the third candidate finished the piece in no time.  So did all the other candidates as was expected in this festival.   Smooth and perfect notes.    At least from the audience point of view.  If we could, we would probably give a gold medal for all the children, specially the 2nd boy, for getting up there and completing the piece.
My daughter’s performance was good but not good enough to win any medals.  Nothing like a contest to spur her competitive spirit and hunger for recognition outside the family.   She would get 2nd place the week after for another round of competition, but not this time.   We always tell her to do her best, and leave it to her to set her level and pace.


We just want her to have a good time with the festival. I don't lecture to her on what she needs to do.   She saw the tremendous effort displayed by the 2nd boy, a special child.    No pressure, no monetary reward from us.    Except for fish and chips meal after the festival.

Email ThisBlogThis!Share to TwitterShare to FacebookShare to Pinterest
Labels: Imperfect Prose, music, reflections on my life