the night labels you a man-eating monster,
supernatural creature who eats fetus
with a long tongue, shapeshifter-
half-woman and half-animal,
dismembered torso, wings black as a devil-
hunted and shunned-
a witch !

chants, by white-collared friars with heavy rosaries-
gossips, by greedy male traders with western swagger-
they all lie in wait to shackle you to a box, plain & mute-
until you feel ashamed of your virile nakedness - breasts,
face, legs, you cover everything in modesty,
veiled, hidden, tempered steel,
a diminished star.

but don't you remember -
you were worshipped like the sun - a goddess:
fertile, propagating & naming children, like mother nature
you were the pact holder, mediator of the tribe,
the healer, believing in the power of cure in leaves & fruits-
you fought for your rights & freedom-
now, wake up & wear your skin,
your words have magic,  you are
a queen ! 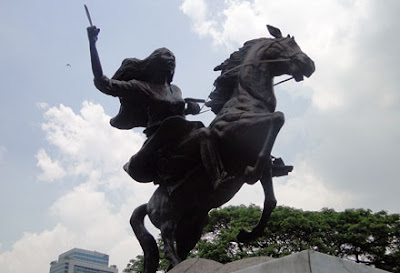 Gabriela Silang
First woman general who fought against the Spanish invaders
in the 18th century. 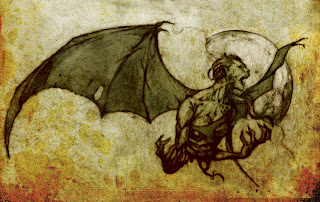 I watched this interesting documentary by a Canadian on a popular Asian myth of vampire folklore in the Philippines.   I was struck with the idea that native women rebelled against the tight structure of Spanish Catholic religion and way of life.   In the early centuries, native women were powerful priestess, rulers and well respected guardians in the tribal community.