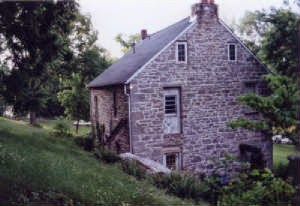 West Virginia (USA) .The land was a gift to Israel from the Indian Chiefs of the Five
Nations with an addition of a regal grant from the Governor of Virginia.
Picture credit:   here
Posted by Grace at 9:44 AM